Where does the Wind Blow? A Prediction for 2021’s Hottest Digital Trends 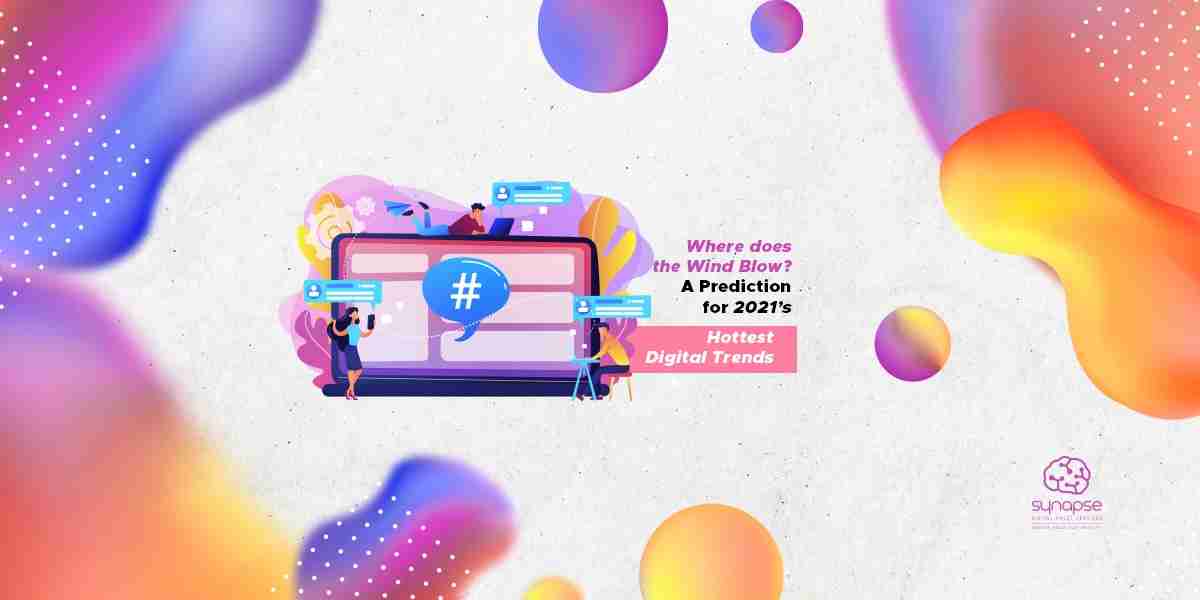 How about being able to predict the future?

This psychic power is indeed mighty and almost second to none. While we’d like to experience something of this magnitude, we use our data and experience to try and predict the digital trends that’ll become a part of our lives when browsing the various social networks – And just being correct on one of them can make wonders for those who’ll come prepared.

Likes constitute a significant part of our lives, whether we like it or not. The like button is probably one of the most impactful additions ever created, both for good and bad reasons. However, people are already aware of the risks it has for our mental, emotional, and even physical effects. Therefore, Instagram had decided to test the option of “Self likes,” where only you can see the number of likes.

Sure, it’s not a pure removal of the feature, but it’s something. We believe that once this catches on for all of Instagram’s users, many social networks will follow, and the race for likes will pass a speed bump that’ll hopefully calm things down for a bit.

We already know Skype, Discord, and Ventrillo. Still, the voice chat rooms were revolutionized last year thanks to ClubHouse: An invite-only iOs app with a user base of 5-6 million people, with hundreds of millions of people discussing it and waiting for their chance to get in.

This app has it all: Mystery, upscale feel, and celebrities such as Elon Musk, Oprah Winfrey, Ashton Kutcher, and more. But what makes it the one to decide the trend that’ll follow next? The fact that two prime players are taking action: Both Facebook & Twitter have announced their versions for voice chat rooms – And they’ll probably won’t be alone on that matter.

Are you a fan of stories? It doesn’t matter. They’re here, they’re used daily on every social app, and we get news, announcements, and updates just from special reporters who keep track of the latest development and uploads. Stories became a phenomenon that can be seen on every Facebook-related network and Twitter, and even Linkedin.

What can we expect? Even more stories and different features that’ll come along, just to let anyone know you’re waiting for the views, at least for the next 24 hours.

Videos are the leading type of media in the last few years, and people prefer short content. Still, Tiktok took it to the next level: Short and simple videos are the drug, with millions of them being created every hour, those things are going to last way beyond 30 seconds – Especially now when there’s Instagram Reels.

TikTok’s lovely, and so is Instagram. But don’t forget that there’s a network that literally everyone visits – Youtube. This network has declared to its content producers that it wants videos that’ll be at least 11 minutes long – It may sound like eons for you, but it’s a great way to make yourself shine above all of your competitors. No one has that much of a crowd that’ll love to watch long videos (Well, maybe streaming) – And Google will make sure to keep it that way.

The power returns to the people and being given by others. OnlyFans proved you can directly interact and charge various users worldwide for your amazing content (Patreon did it before, but OF turned it mainstream) – And we believe that more solutions and platforms of that matter will be a part of our lives soon. Don’t believe us? Just watch Steve Urkel showcasing an idea of his own – We’re not kidding.

Want to get yourself ready for those soon-to-be realities or prepare for your future scenarios? We’re here to make it happen. At Synapse, we’re known to predict some of the best methods to use in digital, create and improve operations such as Reddit marketing and the most essential thing – Even if something pops up, we had no idea about – We’ll adapt to it in the fastest rate possible. Ready to learn more?

Where does the Wind Blow? A Prediction for 2021’s Hottest Digital Trends