What Are the Different Types of Social Media?

We all know that social media is an integral part of our modern lives. Around two billion people around the globe are on some form of social media, and by 2020 there will be more than three billion of us participating. And while most people think of Facebook as the biggest player in town (and it’s certainly up there!), here’s what you need to know about seven different types of social media platforms. 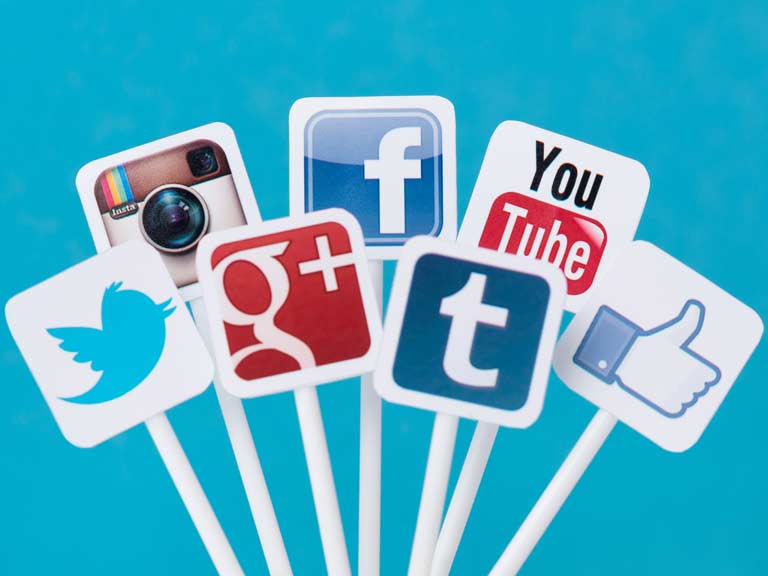 Social networking sites, like Facebook, Twitter and Instagram allow users to create profiles with photos and connect with other users who share their interests. Users can’t send each other messages without becoming friends first, as well as comment or ‘like’ others’ posts. In addition to personal use, many brands use social networking sites as a marketing tool to promote the business and connect with customers. Facebook is currently the biggest social media platform with nearly 2 billion monthly active users worldwide, followed by WhatsApp, Messenger, and QQ.

This type of site allows users to store links from other websites online. Once a user posts a link on a social bookmarking site, it can be accessed by anyone who has an account with that specific site. Reddit is the most popular example of this – you can read more about how Reddit works here.

Here users share articles or videos they find interesting with others on the network. Instead of posting links to external websites like on social bookmarking sites, social news sites often post articles or videos right on the network. Many social news sites are known for their open nature, whereby anyone can share links with others on the site, but some have stricter posting guidelines. Reddit is one of the most popular social news sites, where users can submit links to be voted up or down by other members in order to rank content.

Like Twitter, micro-blogging websites allow their users to share short updates about themselves publicly. Other users are then able to follow these updates and interact with them directly. By default, tweets are made public so anyone can see your updates even if they don’t have an account with that specific service, but there are ways you can make your updates private on some social media sites. Twitter is the most popular micro-blogging site with over 330 million monthly active users as of March 2017, followed by Sina Weibo and Sina.

Many people use social media to network professionally, whether it’s LinkedIn or Xing in Europe or Indeed or BranchOut in the US. These types of platforms allow job hunters to connect with potential employers, as well as share articles through their news feeds and post status updates about their work – just like Facebook or Twitter – although they have a strong focus on professional contacts. LinkedIn is currently the biggest professional social networking site worldwide with 364 million registered members as of October 2016, followed by Xing and Viadeo.

Video-sharing social media networks allow users to share and view videos. Users can either upload their own videos or link to a video on a third-party site. Twitter acquired Periscope, a live streaming service, in 2015 and allows users to broadcast live video from smartphones whilst Facebook has bought the popular virtual reality technology company, Oculus Rift. Google has also invested heavily in YouTube which is currently the biggest video-sharing network worldwide with over one billion monthly active users as of February 2017, followed by Youku Tudou and iQiYi.

This type of social network allows users to connect with each other via broadcasts – either public or private – where viewers can post comments that stream in real-time. Twitch is the most popular live-streaming site worldwide with over 15 million monthly visitors as of January 2017, followed by YouNow and Ustream.

These social networks allow their users to share messages or ‘updates’ with others on the network in real-time directly from a mobile device. Snapchat was one of the first social networks to gain popularity for this type of sharing – you can read more about how Snapchat works here. WhatsApp is currently the biggest real-time messaging service worldwide with 1 billion active user accounts as of February 2017, followed by Messenger and QQ Mobile.